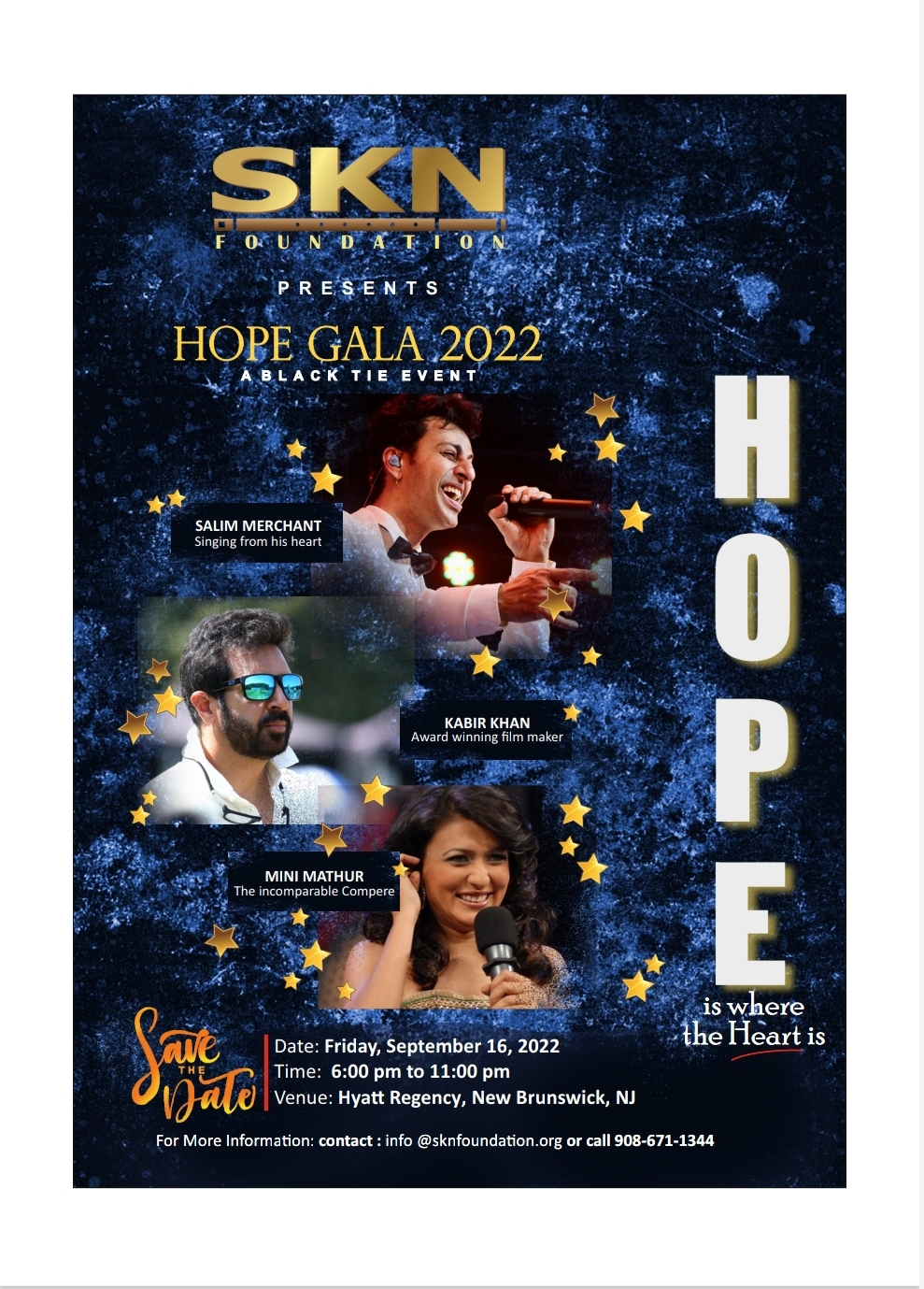 This year’s gala is a featured attraction during a landmark event planned by SKN Foundation, an international research conference entitled “Advancing South Asian Cardiovascular Health.” The conference will feature world-renowned experts, and provide a platform to researchers, providers, patients, caretakers and community stakeholders to share their perspectives and collaborate to improve heart health in South Asians.

Shri Krishna Nidhi (SKN) Foundation is a not-for-profit organization with a mission to promote total wellness of the person and community through education through its two main health initiatives, the Special Needs Community Outreach Program for Empowerment (SCOPE) and the SKN South Asian Diabetes Center at Saint Peter’s University Hospital in New Brunswick, NJ.
With your sponsorship, SKN will be able to expand our current care, advocacy, research, and education initiatives to support South Asians in need.

Salim Merchant of he Salim and Sulaiman Merchant- brother duo are among India’s most respected composers, having scored more than 100 films including Kurbaan, Rab Ne Bana Di Jodi, Fashion, Band Baaja Baaraat, Aaja Nachle, Heroine, etc., around 20 TV shows and composed several records incorporating cinematic, folk, electronica and sufi influences to their music. The brothers have composed for musicals such as ‘Merchants of Bollywood’ and ‘Beyond Bollywood’. Their latest & much awaited Hollywood film ‘Sold’ is already gaining a lot of appreciation at various film festivals.

The duo have enthralled audiences across the world with their live concerts including performing at the opening ceremony of the FIFA World Cup 2010. Their songs have been very inspirational especially their sports anthem ‘Chak De India’. They have really redefined the music scene in India.

Salim and Sulaiman have been part of several TV reality shows as celebrity judges including the very popular Indian Idol. They’ve got the Best Music award for the film ‘Fashion’ at New York’s Syracuse International Film Festival, Filmfare, Zee Cine, IIFA, Screen & several other awards. They were also nominated for a daytime Emmy Award for composing ‘Save the Tiger – Wonder Pets’ and continue to spread their love all over the world including their latest collaboration with Lady Gaga – Born This Way and Enrique Iglesias – I’m a Freak. 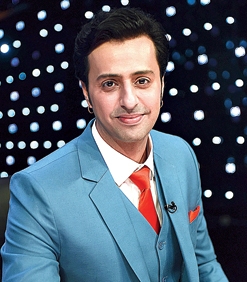 Salim Merchant- Singing from the heart 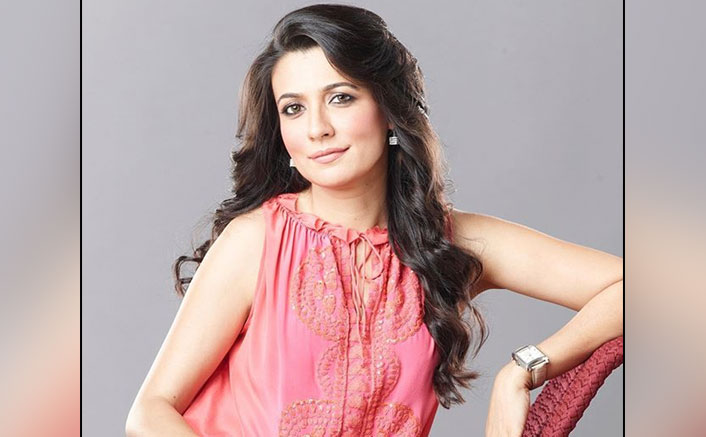 Mini Mathur is India’s leading television presenter and reality TV host. She has hosted four seasons of the extremely popular Indian Idol (2004) on Sony Entertainment Television which went on to become one of the most popular TV shows in India.

As an MC, Mini has hosted innumerable music summits, concerts for international acts like Deep Purple, Junoon and Bryan Adams, awards and pageants for MTV and over 400 corporate events for brands such as Pepsi, Airtel, Microsoft, Coke, Bacardi, Honda, Ralph Lauren as well as sports tournaments like the World Billiard Championship, Asia cup and many more. She has also completed a very successful tour across 21 cities in the U.S.A and Canada hosting stage shows on India’s official entry to the Oscars – ‘Lagaan’ with extremely popular film stars like Aamir Khan, Aishwarya Rai and Anil Kapoor. She also hosts shows with celebrity acts like Shah Rukh Khan for ICICI. She hosted the prestigious Femina Miss India Pageant LIVE, the Filmfare awards red carpet as well as several film, business and economy award ceremonies in India and around the world.

Kabir Khan is a director, screenwriter and cinematographer, who works across fiction and documentary. His work in documentary includes the award-winning films The Forgotten Army, Two Assassinations and an Accident, The Taliban Years and Beyond, and The Titanic Sinks in Kabul. His photographs have won awards at the 50th anniversary of the Geneva Convention in Switzerland in 1999, and the Nikon International Photo of the Year in 2003. Khan won the National Award for his debut fiction feature Kabul Express (2006) and again for Bajrangi Bhaijaan (2015). His second feature New York (2009) was the opening film at the Cairo International Film Festival and was screened at film festivals in Busan and Krakow. Since then he has made numerous acclaimed and wildly popular films like Ek Tha Tiger (2012), Phantom (2015), Bajrangi Bhaijaan (2015), and Tubelight (2017) and 83 (2021).

Khan’s film assignments have taken him to more than 70 countries. 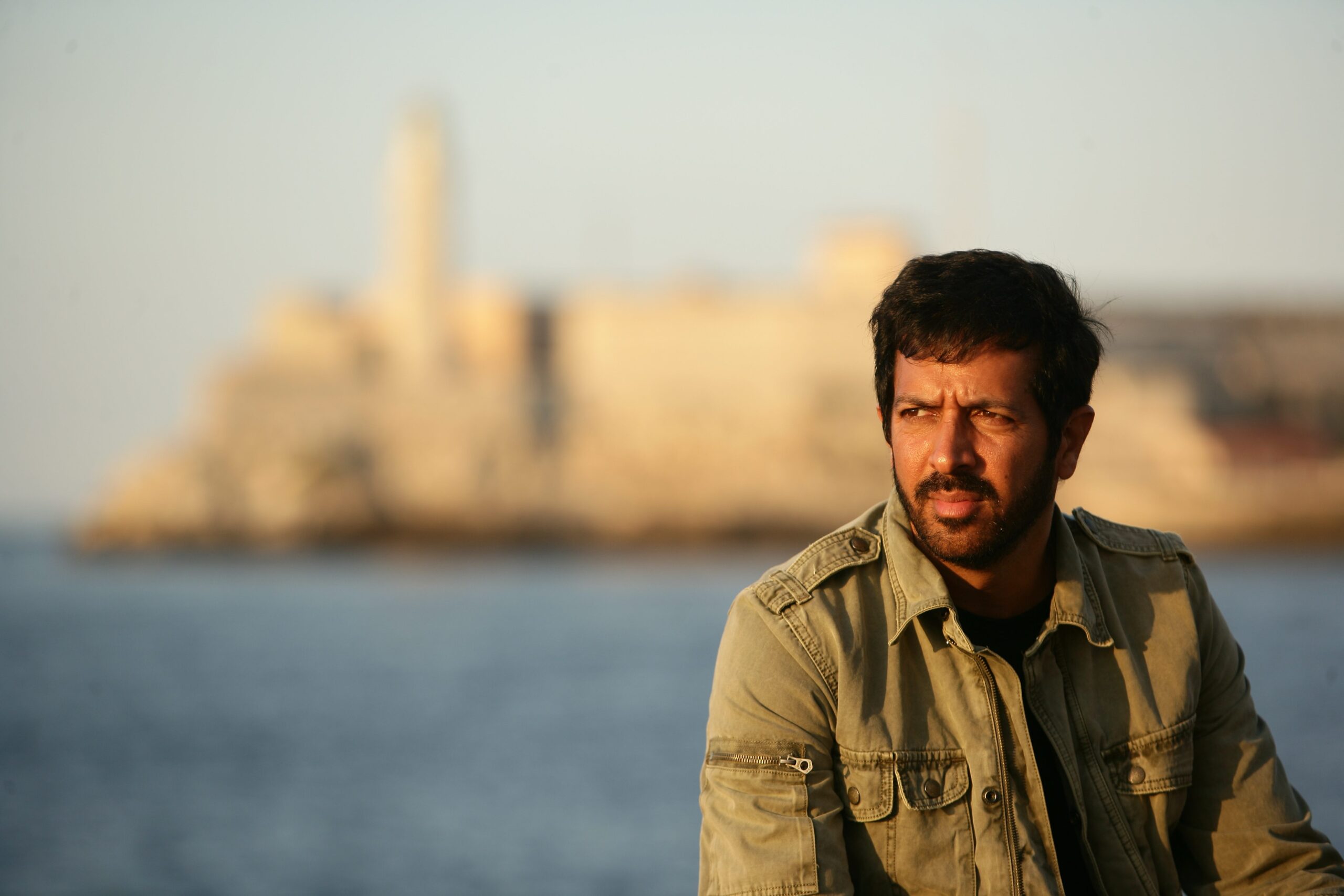 How You Can Help As A Sponsor